10 Most Inspirational & Emotional Performances Ever 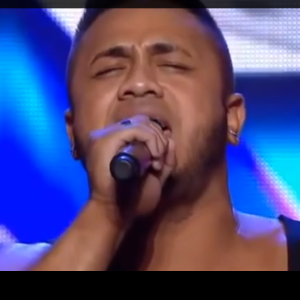 I’m a huge fan of the human emotion.

Life is about challenges, struggles, inspiration and beauty.

That’s why I think that talent shows are such a huge success not only in the USA or in the UK but all over the world. It’s part of who we are. As humans, we relate to other people through their struggles. When they overcome these struggles it creates inspiration.

Talent shows also give us beautiful and amazing performances that can immediately change how you feel.

I’ve decided to pull together the 10 most inspiration and emotional performances ever on television… well it’s actually not ever, but it’s for the year of 2013. It would simply be way too hard if I was to pull one of these together for all time.

It’s also not yet 10, below we have 8, however with 2 months still in the year I’m sure we will get to experience another couple amazing moments before the year is out.

Perhaps you already know of another inspirational or emotional performance that I have yet to seen? If so, please let me know.

Now, take 30 minutes and enjoy the below performances. Note that some of these videos may not work on mobile devices so I encourage you to view this in your web browser.

Jai is just 14 years old. His parents divorced when he was 2 years old and he has been living with his grandparents since.

At 14 years of age, he sings an amazingly beautiful song that moves the judges and audience. But that’s not enough. Jai apparently creates his own music and Ronan Keating wants to hear one of his original songs. Jai doesn’t hesitate and gets straight to it and brings one of the judges who you would never think would cry (Redfoo) to tears.

An amazing voice and an amazing talent.

Jonathon is 20 years old and unemployed. He was kicked out of home at the age of 18, on his actual 18th birthday, because his parents didn’t like the fact he was gay.

He comes out and sings an amazing version of “Time to Say Goodbye”.

One of the judges makes mention: “Your own family disowned you. But with your talent, this show has become your family. And we’d like to say, welcome home. We love we. We accept you. We’re so proud that you came here.”

A second judge states “I don’t know if your parents are watching tonight, but if they are I’d love to say to them what a wonderful son you have. You have a gift”

Amy’s mother passed away when she was just 7 years of age. She pays respect to her father who has done everything for her since her early years.

Without any backing music, Amy sings a beautiful song (which you need to listen to the lyrics) which brings not only herself to tears but also judge Cheryl Cole.

Ofisa is a 23 year old from New Zealand and came to Australia to find himself.

He announces that he is gay and that he is trying to get support from his mum, saying that life is not the same anymore.

He grew up in a very strong Samoan, christian family who don’t believe in homosexuality. His parents found out that he was gay through Facebook. One photo went up and they found out he was gay.

While in tears before his performance, he announces that he hopes his mother is watching him and that she is proud of him.

Ofisa sings an emotional and inspiring rendition of “I Am Changing” by Jennifer Hudson.

Uncle Jed is an Australian,  local, family band who have been in the shadows for a number of years. The name of the band originates from the father of the lead singer who is also the uncle of the two accompanying instrumentalists. The lead singer has been a backing vocal but has never had the opportunity to make her mark on the world scene.

Watch this clip and be prepared to be blown away by it’s beauty.

When I saw this live on television in Australia I was brought to tears. Just beautiful.

Ashly’s mother was murdered when she was 14 years old. It is her mothers’ birthday on the coming Sunday. Ashly would do anything to have her mum by her side while she goes after her dream, but can only use her spirit as fuel to do the best she can. She is singing for mum, a beautiful rendition of “I Will Always Love You” by Whitney Houston”.

Bringing to judges to tears, she gets a standing ovation.

Attraction come in once again in the semi-finals to deliver another amazing performance for the world.

They sometimes practice from 9 in the morning through to 10 in the evening and sleep in the theatre when they can. Where they practice, they don’t even have a screen, they simply use a wall.

Their commitment and dedication to bringing this shadow theatre to the world is simply inspirational.

This performance is based on a true story in which the lead man dedicates the performance to his mother.

Attraction come in again at number 1 with their amazing audition on Britain’s Got Talent.

They are a group that does shadow theatre. You’ve never seen anything like this.

Coming from Hungary, they decided to do Britain’s Got Talent instead of Hungary to get their performance out to a wider audience in the world.

Their performance is a love story, an emotional story and a true story.

A performance that brings the judges and audience to tears.

Music brings the world together.

There is just something magical about it that brings up emotions and connects people together.

This is an example of how the world should be. Getting out there, trying your hardest, making yourself vulnerable and feeling the support of millions all over the world. A true inspiration.

Which is your favourite of the videos above?

What other performances have you seen that have moved you?