8 Things You Should Stop Doing to be Happy 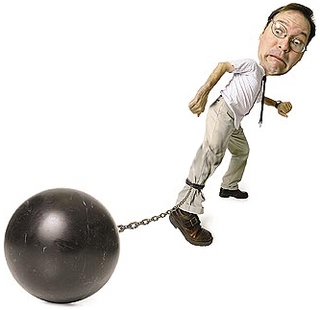 The purpose of our lives is to be happy.

About 10 years ago I had a pretty clear vision of how I wanted my life to be. I had a certain expectation of where I would be in life. But as the years went on, I really wasn’t getting any closer to that image.

My vision was happy and complete, but my present was generally depressed and dissatisfied. I didn’t see how the former would become the latter. And that’s because it couldn’t. The way I was carrying on got me exactly what I was living at the time.

As long as I continued on doing what I was doing, I wouldn’t be able to reach all the levels of success that I imagined. At times I would reach one point, like a good job, but then somehow return to limbo and be stagnant all over again.

It took some time but I realized what stood in the way of not only my happiness but other’s as well. Below, I’ve summarised 8 things you should stop doing to be happy.

I used to go out to lunch with a colleague that would allow complete strangers to upset her. At times she would greet people and ask how they were doing, when they didn’t reply she would become furious. She would be so hung up on it she’d still be talking about all day.

I didn’t understand it. How could one little thing, from a 30 second interaction ruin her entire day? From a stranger no less, it’s not like someone close to her ignored her.

There’s more to life. Getting caught up on the little things can keep you from enjoying other things. In the end, the cashier probably had 100 customers a day asking the same question and she probably thought it was a rhetorical question.

2. Living in the dark

You don’t see the good or purpose in anything. There is no bright side. Things are just bad because your life sucks. It didn’t happen that way to make room for something else. And there’s certainly nothing to be learned.

A few bad experiences does not mean you’re cursed, nor does it mean that this is your infinite fate.

Did you ever think that something seemingly bad occurred so something better can happen later? Of course not, that would ruin your pity party.

There are takeaways from just about every situation. Seek them out and move forward.

3. Living in the past

The past is done, it’s over, it’s gone, and it has past. When you keep recalling it it’s no longer the past, it becomes the present and future.

Reliving moments of displeasure corrupt what can be. I’m sure the pain was tremendous but somehow the hurting stopped and you were able to focus on something else. So keep going in that direction. Picking at scabs only leaves scars.

You have the chance to move forward and make your future the past’s polar opposite. Do just that and leave your past in the past.

If you don’t know what a good thing is how will you know when it has happened to you? There are so many good things in your life right now, but you don’t see it. You give all your attention to the negativity.

When someone does something nice for you or gives you something, what did your mother teach you to say – thank you. Then that happens, that person is more inclined to do something else for you.

That simple mannerism is actually a life lesson. When you express gratitude you get more to be grateful for. So the next time even the smallest thing happens in your favor, be grateful.

I was so appreciative the other day when I went to the hospital to visit a friend. The visitor’s parking lot is usually packed causing drivers to circle around repeatedly for a spot.

But as soon as I pulled in and went down the first aisle, another car pulled out and I immediately had a place to park. I was incredibly thankful because I didn’t have much time to waste and that helped a lot. Everything else that day went quite well, I might add.

5. Thinking poorly of yourself

Your thoughts are consistently negative. You harp on an event going wrong and don’t ever think it could go right.

Your thoughts are a reflection of your energy and outlook. Perhaps you were always in a negative environment and the negatively comes so naturally, I can relate. You just find yourself focusing on a negative thought almost unable to let it go.

But you can you just have to change the way you think, challenge your thoughts. Ask how it can work out. Use affirmations to reinforce the positive possibilities.

Affirmations are great because they speak to your subconscious mind and can alter your mood and perspective. Just use a few positive, genuine statements to catapult your confidence.

6. Surrounding yourself with the wrong people

You surround yourself with people who suck everything out of you, literally. You ever feel drained after engaging someone? I’m sure you’ve heard misery loves company, and they’re not picky at all.

Because we are social beings we can feel and adapt to teach other’s energy. Consider how you can instantly feel better around a bubbly, positive friend and feel exhausted around a miserable one. Yup, that’s it. Without even realizing it you’re mopping around too.

I realized this when I used to hang around a depressed friend all the time. When my other friends’ would speak to me on the phone and asked what was wrong with me, saying I sound sad.

I had no idea what they were talking about until both my best friend and husband asked my after I had lunch with that friend. I was perfectly fine before I got to the restaurant and nothing happened to cause a change. My lunch buddy killed my vibe.

So I had to re-prioritize my time. I spent more time with my positive friends and I was back on track, consistently.

People like to say that they’re telling it like it is when they speak poorly of someone, but there’s a difference between being observant and being judgmental.

Let me break it down, trash talking is talking about someone is a negative manner, particularly longer than necessary while providing unnecessary details, like ranting and complaining. Being observant of someone’s unfavorable situation is briefly noting it, which is usually the result of a question.

Keep your conversations positive. If you have to speak on an unfortunate situation, consider other possible perspectives. Don’t assume you know it all and don’t assume they’re in the wrong, you have no idea what they’re going through.

By the way, talking negatively, even about others, makes you negative and bitter. How you speak of others is essentially a reflection of you.

8. Not allowing yourself to be resilient

Life is like a roller coaster. There are going to ups and downs. It’s really all about coming up from being down. Challenges are bound to happen to everyone, it builds character and strength. How you dust yourself off and continue on is something to be celebrated.

You wouldn’t appreciate the sun without the rain.

If life were without any obstacles it would be uneventful and blah. Accept that not so great things are going to happen but don’t worry, you can handle it. You’ve gotten through things before. Anything the future holds will secure the same results.

Don’t allow any of these things to hold you back anymore. Instead turn it around. Be determined to change that point so you can be happy now.

Think about where you want to be and what you want to do. Why can’t you do that now? If there is something in between you and your desires figure out what it is and close the gap. You deserve happiness and if you think you don’t challenge yourself. You’ll be surprised what you can achieve when you try.

Are you guilty of one of points above? Do you have a completely different issue? What’s holding you back?

Lea Bullen is a certified life coach, foodie and lifehack obsessed. Grab happiness, reconnect with your desires and develop a plan to start living it the way you want to. Head over to her personal development site now to take the eye-opening Redesign Your Life course to do just that!