Just over 10 weeks ago I wrote an article challenging you to work towards a goal for 10 weeks. It was titled the “10 Week Health and Fitness Challenge” because my personal 10 week challenge was to run under 58 minutes for the world’s largest fun run – the City to Surf.

Firstly, I want to ask you how did YOU go? Did you participate in the challenge? If so, how did you go? What successes did you have? What challenges did you face? How has it improved your life?

If you didn’t take part in the challenge, I want you to answer honestly to yourself “why not?”

What held you back from taking part in the 10 week challenge? Was it that you lacked clarity on what you wanted to achieve? Is it that you had a goal but you thought it was too big of a challenge to complete in 10 weeks? Did you have some self-limiting beliefs? Was it that there would be no-one to hold you accountable other than yourself so you didn’t take part?

Really think deeply about this. I want you to raise your standards. When you are offered to take part in a challenge like this, I highly encourage you to take part. There’s nothing to lose and everything to gain.

I’d love to hear your comments below this article.

But let me share with you how I went against my own challenge and what I’ve learned. 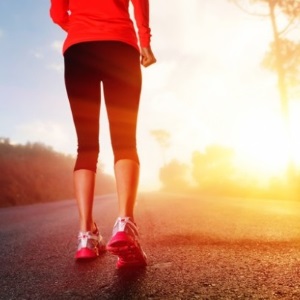 I challenged myself to run under 58 minutes for the world’s largest fun run – the City to Surf. This is a 14km run that takes you from the heart of the city in Sydney to one of the most iconic beaches in the world – Bondi Beach.

My training was average.

I set myself a clear strategy which I detailed extensively in my initial post however I did find it hard to stick to.

Firstly, I found that with different schedules it was hard to organize times to train with my brother, Mike and my mate, Andy. This meant my training was mostly by myself.

Secondly, my plan for eating purely healthy foods with the exception of occasional dark chocolate completely did not happen 🙂 On the whole I’ve been pretty good, but there have definitely been times when I’ve spoiled myself over the past couple of months. Every piece of nutrition adds up and can dramatically affect your overall energy levels and performance in life and this is why this is an area of continuous improvement for me (and should be for you too)… it does take tremendous discipline to say no to certain foods 🙂

Thirdly, about 5 weeks into my 10 week challenge I knew that there was a possibility I would not be able to actually take part in the City to Surf. There was a good chance that I was going to be flying to Washington DC for business the day prior to the race. This halted my training (as well as my motivation) for a couple of weeks.

Immediately, I recognized in me how important it is to have goals… once I had the likelihood of my original goal not being achieved it dramatically lowered my motivation. It was a very interesting experience. I’m sure this has happened thousands of times throughout my life but because I went public with this challenge I was focused on it more I was a lot more aware of my own feelings.

With 3 weeks to go it was confirmed that I wouldn’t be able to race in the City to Surf. This completely gutted me! I LOVE this run! It’s such an amazing feeling having 80,000 people around you all working towards the same goal… and it was going to be the first time that my wife, Sylvia would join me.

Needless to say, without the goal of the City to Surf to work towards my training tanked. I also became more focused on other priorities in life such as my career and business.

But then I decided to do something crazy…

When it comes to running festivals in Sydney there are two major events. Firstly, there is the City to Surf which I unfortunately was not able to attend. Secondly, there’s an event that has been known to break people down, injure thousands and actually cause death… it’s 42km of pain, endurance and determination. Yes, it’s the marathon.

I was having lunch with Mike (my brother) and he suggested that because I can no longer run the City to Surf that instead I run the marathon!

Immediately, I thought to myself “he’s gone mad!”

The furthest I’ve ever run is the City to Surf and that’s 14km. This alone breaks me down and causes me to walk away with extremely sore legs. I considered doing a half-marathon (21km) but thought to myself that it’s just way too far for me to run and that the training and preparation alone would kill me.

Days later, I’m having lunch with Mike again and he tries to convince me once more to do a marathon. I actually thought about what I do here with The Start of Happiness and thought that this would be a great case-study to share with you guys.

What if I could run a marathon with little training? How much of it is mindset? What barriers, challenges and beliefs am I going to have to break through to run this distance and successfully complete the marathon?

So, putting myself on the line and in the name of experimentation, I decided to say “You’re on!” and paid the $140 registration fee.

Over in the USA I unfortunately didn’t manage to do any training… and my diet was pretty poor. So I was off to a very poor start for training and considering the race was only 5 weeks away I was starting to get a little nervous. I realize I need to develop my own self-discipline.

Now, I have just under 3 weeks to prepare for my first (and probably only) marathon. In saying that, I have been back in Sydney for a week and I did train 4 times last week and they were all fantastic sessions.

Since signing up and returning home to be focused on the marathon, I’ve felt a new determination, focus and energy as I have a new goal to work towards.

In terms of my own mindset, I find it quite amazing. Previously, I was focused on running 14km as fast as I could. Now that my goal is to run 42km which is MUCH more challenging, I immediately feel that 14km is an easy distance to run. It’s weird… it’s just a mindset shift. But again, it proves to me that the goals you focus on are SO important in your life. If you set small goals, you will achieve small things. If you set BIG goals, you will achieve big things (and I hope to prove this by completing my first marathon with just 4 weeks of training).

Now that I’ve created a goal that is significantly more challenging, I need a strategy that will significantly increase my probability of completing the marathon.

Firstly, let’s get specific. I could just say I want to complete the marathon… but this just doesn’t really motivate me. It doesn’t motivate me to run at all or to really push myself as hard as I could.

Instead, I’ve decided that the time I want to run the marathon in is under 4 hours and 30 minutes. I’ve based this off the fact that at my best it takes me 1 hour to run 14km (the City to Surf). If I maintain this pace I could complete the marathon in 3 hours. This is incredibly fast! I’d love to be able to maintain this pace for 14km, but the fact that I’m normally a walking jellyfish after the City to Surf lets me know that it’s highly unlikely I’ll be able to maintain that pace 😛

I figured a more conservative pace, allowing for toilet breaks and some walking, 4 hours and 30 minutes is a reasonable target.

I’m following my Ultimate Guide to Healthy Eating and continue to do so. The main thing that changes is that I need to eat enough food to replenish and repair my body after each workout or training run. My key nutrition after training will be coconut water, bananas, sandwiches and cereal.

The tricky thing for me is that because my goal is now 42km and the fact that this is going to take me about 4.5 hours to complete, I’m going to need to rehydrate and give myself nutrition DURING the run. I’ve never done this before! So I need to learn how to do this and what’s the right food/drink to take.

Cross-training is as important as ever for me. Previously, I’ve had knee injuries from running too much on concrete. I’m going to cross-train with swims and cycles as much as possible to reduce the risk of knee (or other) injuries. Already since establishing my new 42km goal, I’ve smashed my best ever distance in the pool (by 50%) and distance on the bicycle (by 100%!). Again, this has immediately proved to me the power of goals.

Focus on time (not distance)

Previously, training for the City to Surf I would focus on running for 6km, 8km or 10km at a time and try beat my previous times. Now, my strategy is to build my endurance. Instead of going for the time, my plan is to run, cycle and swim for longer durations (albeit at a slower pace). For example, I’ll focus on running for an hour, instead of trying to run 10km in under 45 minutes.

As this is all completely new to me, I plan to read as much as I can about training for marathons and learn about strategies for beginners in running a marathon.

So, there’s just 20 more days to prepare and train for this marathon. I’m super-keen to do it and if I complete it in under 4 hours and 30 minutes I’d be extremely happy. Firstly, I need to just ensure I finish!

If you have run a marathon before and have any tips or suggestions for me, I’d love to hear from you! Please let me know in the comments below.

Also, if you took part in the 10-Week Challenge, I’d love to hear about your successes or challenges and what you have learned.

4-Day Training to Your Email

Where Shall We Send Your Free Training?

Enter your name and email below to access your 4-day training series.