How Visualization Can Lead to Success 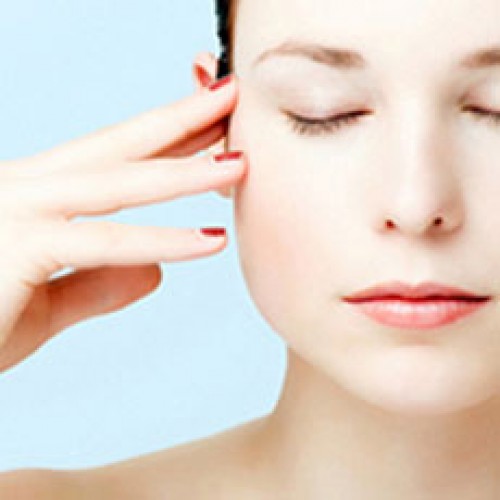 This is a Guest Post from Ali Jan Qadir

Note from Brendan: I’m a massive fan of visualization. I think it’s one of the most effective things you can do to prepare yourself for success and actualize your goals. Ali provides some interesting insights into the science of visualization. In fact, I recently watched a documentary on the power of visualization with real, live examples of people visualizing their way to success (eg never having played darts but visualizing getting the bullseye… and when it came to their first few throws? Bullseyes!) and was amazed at how effective it can be. Visualization is a key component we’re incorporating in the upcoming Launch Your Life Academy. If you haven’t yet joined the Insiders list, you can do so here.

Take it away Ali…

The answer to this question is varied… does it depend on what success looks like to you? One thing is for certain and that is that every one seeks it… but not everyone succeeds in their quest in finding it.

Why is success so elusive? That is the golden question. Many people point to luck, hard work, systematic nepotism (the economic structure values some occupations more than others) etc. etc.

So how do you create a formulaic path for success?

Well, you can look to the very many success stories that exist out in the world. Believe me, there is no shortage of these; people from different backgrounds, to different destinations, have used different approaches to succeed.

The common denominator has been identified by many to be positive thinking and visualizing one’s goals. Visualizing and thinking about what you want so incessantly and passionately can create sheer belief that leads you to your destination.

From Bill Gates to Jim Carrey to Arnold Schwarzenegger to Lou Ferrigno… all of these successful individuals have revealed visualization and positive thinking to be their primary resource in their pursuit of success.

Jim Carrey once wrote a check to himself for $10 million in 1987 for ‘acting services rendered’ and dated it ‘thanksgiving 1995’ and put it in his pocket. In 1994 he received $10 million for acting in the movie ‘Dumb and Dumber’.

In Arnold Schwarzenegger’s body-building days, he would visualize that his muscles and body were in ideal shape while exercising and he went on to win Mr. Olympia for seven consecutive years. It all comes down to belief. Visualisation can create that belief.

How is it that Arnold started from nothing as a little boy in a small Austrian village and became a body-building champion, Hollywood superstar and then Governor of California? He puts it down to visualisation.

“What you do is create a vision of who you want to be, and then live into that picture as if it were already true.” – Arnold Schwarzenegger

Not only is the assertion of visualizing and thinking positively to achieve success backed by the experience of champions, it is also backed by science.

Epigenetics is the recent scientific discovery which actually asserts the power of thoughts over genetic make-up. Epi means ‘above’ in Greek and the term epigenetics means above genes that is to say that we have control over our genes. Our genes contain DNA which in turn contains RNA which is made up of proteins. DNA strands and their arrangements matter in how relevant information is transmitted when required in our body and which traits to be dominant and which recessive; which obviously then determine how a person can adapt to a situation and be successful.

These arrangements are affected by our thoughts. This means that positive thoughts will essentially make us genetically equipped to get the success or reach the goals that we desire. The body and mind communicate through epigenetics and by making this communication smooth we can create efficiency and harmony within our cellular community i.e. performance increases, whatever we try to do we can do more efficiently. The brain can develop new links and signals to communicate with cells but for such new developments our perceptions and thoughts have to be organized and positive.

The Power of Thoughts

So what exactly are thoughts and how can we focus them on the objective at hand?

Thoughts are composed of:

Imagination: This is the sub conscious mind responding to external stimuli. It has been found that our brain is unable to differentiate between imagined memories and memories of true events (both of which, it stores) unless we also remember the context of it which then helps us link the real memory to events and consequences of it.

However, if we believe completely in our dreams and imaginations (like Jim Carrey and Arnold Schwarzenegger) our mind focuses on it and it creates truth, a belief and helps us achieve our goals.

“I really believe in the philosophy that you create your own universe. I’m just trying to create a good one for myself.”—Jim Carrey

Visualization: These are the more conscious responses to external stimuli as one would be concentrating on a specific image. By focusing on this image, you would prompt the internal system to respond in line with visualization. Again this sort of gives our minds a benchmark and something to move towards and enables us to actualize what we have creatively visualized.

“The more I focused in on this image and worked and grew, the more I saw it was real and possible for me to be like him.”—Arnold Schwarzenegger

Positive thoughts are fundamental to success.

Action: Do the following:

1) Surround yourself with positive people.

Surrounding yourself with positive people is contagious and can help you become successful. It helps you to believe in yourself.

“You must expect great things of yourself before you can do them.”― Michael Jordan

2) Entertain your dreams and believe in them.

Create a dream for yourself and then belief in that dream. This is the starting point of success.

Don’t let a couple of failures or worries get you in a negative mindset. Stumbling along the way doesn’t mean that the way isn’t there.

4) Learn from past success and failures.

Your successes and failures will help you identify winning ways and motivate you. If someone has done something before you then at the very least it has proven to you that it can be done… so why not by you?

“Success is a state of mind. If you want success, start thinking of yourself as a success.”—Dr. Joyce Brothers

Ali Jan Qadir is a freelance writer who writes about a variety of topics ranging from mental health to technology with the common thread that his writing is always well researched and helpful to the reader. He likes to answer questions like What’s the best mattress for back pain relief.