The 4 Ridiculously Easy Steps Towards Excellence 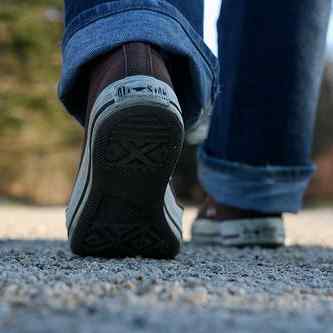 We always have and probably always will. This is because instant change usually entails that we need to adapt in a short period of time. This requires the exertion of a BIG amount of energy.

Well, let’s just say that humans are instinctively programmed to be lazy.

We’ll have to move out of our comfort zone, away from the safe. From the known into the unknown. In ancient times it was usually a lot safer to stay the same instead of trying to change (which could possibly spell death).

“Hey! Let’s try my new experimental hunting technique on that saber-tooth!” (Yeah, probably not such a good idea :/)

Yet, this instinct is still strongly ingrained in us despite the countless benefits that these changes could bring us (for example: happiness, success, wealth, love, health).

So.. How do we use change to our advantage? 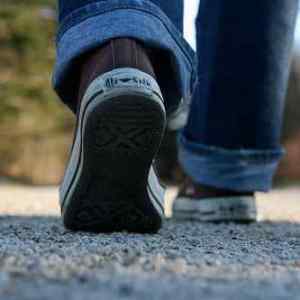 In my opinion, there’s no such thing as a constant (not in the long-term at least). Everything is in the process of continual change. As an example:

The same is true for humans.

Take notice of your friends and surroundings. There are some people I only see at rare occasions and in those moments I’m able to clearly distinguish the people who are “still going strong” and the ones who “let themselves go”.

The ones that are letting themselves go show signs of:

So the first step to sculpt a happy and successful life is to actively pursue growth.

We are constantly re-programming our brain (and therefore our life) with the choices we make on a daily basis. All these small changes add up over time to reach our desired goal. For example:

Yet, many of us believe that happiness and success are the product of a magical event instead of these tiny steps that can have a HUGE impact on our life over time.

We often look at great entrepreneurs or celebrities who have had great success in life and simply believe in magic stories.

Last time I checked, we don’t live in the enchanted forest 😉

Happiness and success are the result of compounding small steps. For example:

Do you still believe their results were “lucky”?

Luck – in my opinion – is defined by action and not by events. These were all people who consciously made small, persistent steps towards their goal.

“Our life is the sum of our daily choices”

Our choices are the most potent whilst we’re still young (if you aren’t: start ASAP). Therefore self-education will make your life skyrocket by the time you get older and this will lead to compounding results.

Here is a great quote from MJ Demarco on “Eroding Horsepower”:

Your choices have significant trajectory into the future, and the younger you are, the more horsepower they exude. Unfortunately, horsepower fades with age. If this is confusing, think about it in terms of an asteroid that is on a collision course with Earth. (With the asteroid being you and the Earth being your “success”)

When an asteroid is millions of miles out in space (representing your youthful choices) a simple one-degree change in trajectory will save the Earth from destruction. This is the power of horsepower. For us older folks, the asteroid is closer to Earth (and closer to our death), which weakens the potency of our choices.

A one-degree change isn’t as effective, and for the same potency, it needs to be 10 degrees.

When you are under 25 you have maximum horsepower and your choices discharge an incredible amount of firepower. A simple choice I made more than 20 years ago is still felt today. That’s a lot of torque! If you reflect on your choices, you make them in an instant, yet their consequences transcend a lifetime, especially ones made early in life.

Your life’s choices are like a mature oak tree with millions of branches. The branches symbolize the consequences of your choices. Near the trunk of the tree, the branches are thick, reflecting the decisions you’ve made early in life, while the top branches are thin, symbolizing decisions near the end of your life.

The scientific explanation for why this happens is called “neuroplasticity“.

What it basically means (as applied to this article) is that our brain loses the ability to adapt over time (malleability). The best way I know to explain this is by simply comparing your brain with a tree.

When the brain is still young and supple it can easily adapt, like a young tree-twig can be bent in any desired direction. Whilst in older states, the neural synapses have become strong bonds and cannot be easily removed. Just like an older tree cannot be bent anymore and therefore remains rigid.

Therefore it’s critical to implement empowering traits from a very young age so these can compound into later successes, as my fancy drawing clearly demonstrates 😉 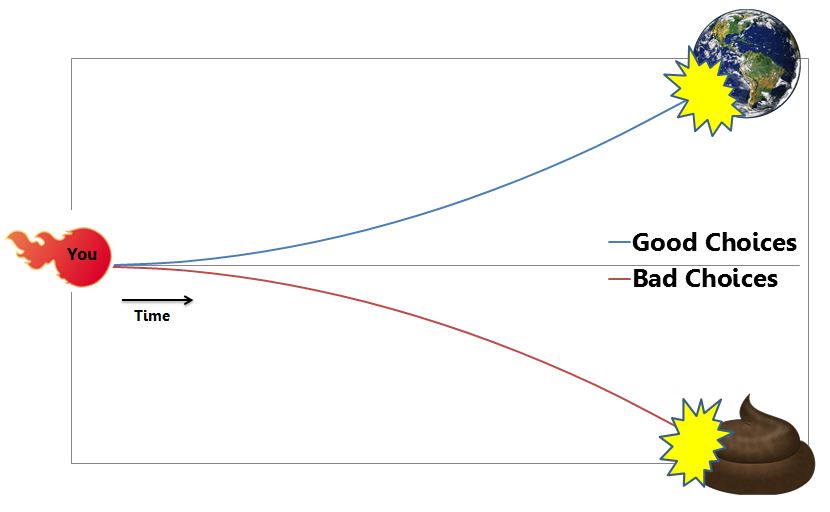 Double down on essential education when you’re still young. You’ll thank yourself later.

“Alright, so slow changes over time (processes > events) and starting young. This kind of starts to make sense now!”

I get it. So.. if I get all these processes right I’ll be undeniably happy and successful in an instant, right?

Despite doing all the right things there’s still a possibility that you won’t get the results you’re looking for.

Example: One of the people I look up to is Greg Plitt, a fitness model. He once applied for a big-time advertisement deal in a big company. He was in supreme condition (as always), on-top of his research, did all the personal branding required, yet didn’t make the cut.

Why? A woman on the board of directors thought Greg looked too much like an ex-boyfriend she had.

Don’t fret over it, life can simply be that way.

So here’s the thing:

The best laid-out plans can still fail. Ultimately it’s out of your control.

So, what should we do?

Just focus on doing the right things right and eventually some of it will start to pay off over time. It’s the best bet we can ultimately make.

Jim Carrey put this most eloquently;

“My father could have been a great comedian but he didn’t believe that that was possible for him, and so he made a conservative choice.

Instead, he got a safe job as an accountant,” Carrey said. “When I was 12 years old, he was let go from that safe job, and our family had to do whatever we could to survive. I learned many great lessons from my father, not the least of which was that;

you can fail at what you don’t want, so you might as well take a chance on doing what you love.”

A great metaphor I’ve used for this approach is the following; Imagine yourself to be an artist and you’re given a massive piece of granite out of which you’re going to sculpt your life.

One imperfection a day.

And eventually your masterpiece will begin to unfold…

Sculpt your life to perfection in order to reach happiness and success.

What is one imperfection you can remove from your life TODAY? 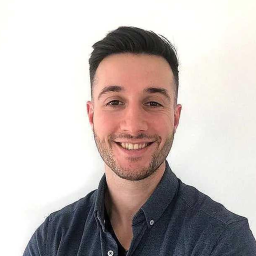 I’m Simon! Fitness-fanatic and self-development addict. I’m on a quest for happiness and fulfillment in my life to become everything I’ve set out to be, and so are you! I write about Creating Yourself on BasicGrowth.com. Check out my blog. 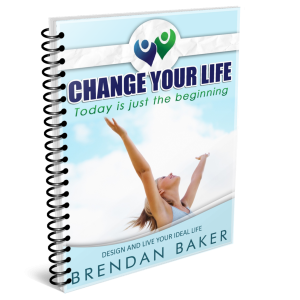