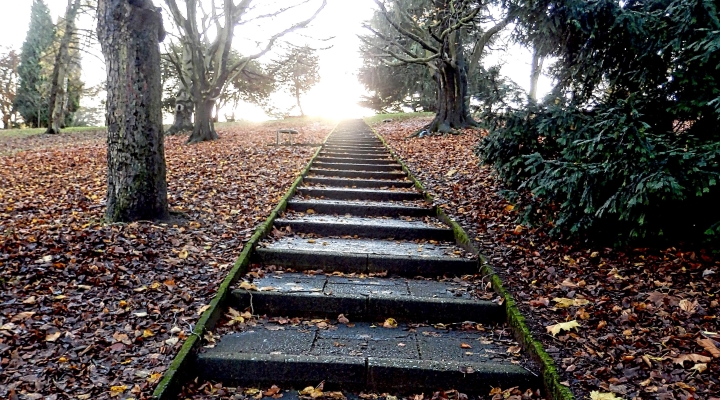 It’s way too easy to get caught up in your problems. It starts out with something small, a tiny hint that you’re not entirely happy with how things have turned out. It’s a loose thread on the shoulder of your sweater. The more you pick at it, the longer it seems to become. One problem leads to another, the issues start to pile up, until it feels like you’re in over your head. Before you know it, you’ve picked at that little thread so much your whole sweater has fallen to pieces and you’re standing in the middle of a pile of yarn.

When you’re in a bad place, or you feel you’ve been dealt a bad hand, it’s only natural to start looking for reasons. And when we find out what the problem is, our natural instinct is to start digging deeper and deeper into that problem, only focusing on the negatives, until we convince ourselves that the whole situation is hopeless and entirely out of our control.

But that doesn’t need to be the case!

About a year ago, that’s how I felt about my life, too. Although I had a lot going for me, I was drastically unhappy with where my life seemed to be going. At the time, I was working a government job in rural Japan. It was a job that I hated, that left me sitting at my desk for hours on end, and didn’t give me the freedom to use my time constructively. I felt as though I wasn’t really able to contribute at all.

It was hard to see a solution. I had spent so much energy just getting this job in the first place, to find that I now hated it made me feel like I was trapped. It seemed like I was going to be stuck there forever.

Yet now I live in Kyoto, in a two storey house with a personal office. I wake up every day motivated and exited. I work at a start-up I created with my friends, I recently published my first novel, and I’m earning income that’s comparable to what I was earning before. Most importantly, I’m happy.

Even though it might sound counter-intuitive, I didn’t arrive here by moving past my problems. I got here by getting deeper involved with them, and using them to guide me towards the life I wanted to live.

Intuitively, people don’t like dealing with problems, and that’s entirely understandable: Our problems are never pleasant. They’re usually things that we want to get farther away from.

And yet the truth is that if we do the opposite, we have a much greater chance of finding happiness. All it requires is a little self honesty.

It’s not easy to do, but if you are willing to approach your problems using the following steps, you’ll be amazed at how quickly your life starts to change.

1. Take ownership of your problems

When we’re talking about problems that relate to our own lives, it’s common to project externally. Especially when it’s a problem where we are in some way to blame. Rather than take responsibility, we tend to attach the problem to an external force. Our job, the government, bad luck.

The problem with doing this is that those are all things that we can’t do anything about.

When I was working my old job, I spent a lot of time grumbling about the Japanese way of doing things. Because it was so different from my last government job in Australia, I managed to convince myself that’s why I was unhappy. In reality, the real problem had nothing to do with that at all. When I reflected on exactly why I wasn’t enjoying my day to day work life, I realised it was because I wasn’t finding enough challenges. That was on me. If I wanted to, I could have changed how I approached my work to make it more challenging, but instead I blamed it on something else.

A lot of them time people get distracted by what looks like it hurts, even though the real pain is coming from somewhere else. In life, we tend to pay more attention to how we are affected by our problems rather than what’s causing them in the first place.

However, if you’re only ever fixing the side effects, you’ll never deal with the real issue, and those side effects will, sooner or later, show up again.

In my case, I realised that it wasn’t so much that I wasn’t finding enough challenges, so much as I just wasn’t really interested in the field to begin with. I’m sure I could have done any number of things to make the job more challenging, but it wouldn’t have addressed the issue that I didn’t have an interest in the type of work I was doing.

3. Take stock of what you can change

There are exactly two types of problems: those you can fix, and those you can’t. And it’s natural that the ones that you can’t do anything about are usually the big ones. Unfortunately, it also often feels like those are the real problems, and the little ones are things we can ignore.

And so we frustrate ourselves by focusing only on the big problems we can’t immediately change.

But just because a problem is unsolvable now doesn’t mean that it won’t be unsolvable in the future.

In fact, it’s very often the case that by focusing on the problems you can solve, the problems that used to seem too big to approach will either become more manageable, or stop being problems altogether.

In my case, the one thing I could start doing immediately was save money. I knew that sooner or later if I wanted to get into a new career I’d have to leave my job, which meant there would probably be a time where there was no money coming in at all. To get myself past that, I started putting money away.

The more money I had saved up, the smaller the problem of quitting my job seemed to become, until it was almost trivial.

4. Start small, and gradually get larger

When you feel like you’re in a rut, showing yourself that you can make a change is more important than the change itself. When people start to actively take steps to overcome their problems, often they’ve been in a position of disempowerment for so long they feel like doing anything at all is impossible.

When I started saving money, it was only a little at a time. Barely a trickle, barely enough to hurt. But it was something. And it was empowering knowing that I was actually taking steps towards getting control of my life. That sense of empowerment allowed me to start saving larger chunks of money at a time. It helped me to feel more aware of, and in control of my finances, and that allowed me to feel confident enough to tackle problems which originally had just seemed like just way too hard.

Let your problems guide you

When I first started looking critically at my own life, all I could see were barriers between me and being happy. If I had just left it at that, then I might never have left that place. But because I chose to engage critically and honestly with my problems, it showed me exactly which steps I needed to take in order to achieve success.

If you want to push your life in the direction it was meant to go, the most important thing you can do is never mistake your problems as the cause for your unhappiness. You’re only ever really unhappy when you have problems and you don’t do anything about them.

Instead of the road blocks between you and where you want to go, think of your problems as the sign posts that exist in your life to start showing you the way forward. 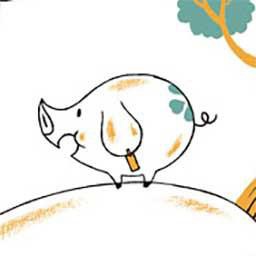 Nick del Pozo is one of the 3 founders of Why Not Live An Awesome Life?, a company whose sole focus is helping people lead amazing, fulfilling, and empowering lives (and make money doing it!). If you want awesome daily updates, you can also check out the Facebook page!