How to Keep Going When You Feel Like Giving Up 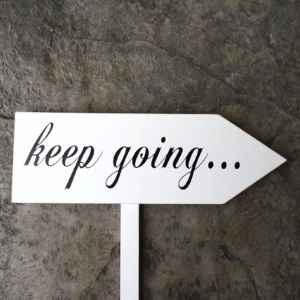 “There are no shortcuts to any place worth going,” – Beverly Sills

Have you ever been in so much pain that you just felt like giving up?
I have. A few months ago, while competing in a trail run, I ended up completely lost. A group of us had missed a trail marker and gone down the wrong path for a whole extra mile.
The race was only four miles.
Before taking the wrong turn, I had been in first place. It was demoralizing to have worked so hard only to find out that I was going in the wrong direction. I was scared that I would lose the race I had trained so hard for.
Despite the fear, I knew I had to accept my mistake and turn around. I started running as fast as I could in the opposite direction. The rest of my group kept going, hoping that they would find the trail again soon.
Even though I was tired, I knew why I was there. A friend of mine was recovering from a traumatic brain injury. I was racing to win money for his rehabilitation.
One by one, I passed people, praying that I had enough time left to gain ground.
Ultimately, I ended up making up for my lost time and winning the race. If I hadn’t been able to stay in the moment and ignore the sunk cost of my mistake, it would have been impossible to come back from behind.
Sometimes life is uncomfortable. But even worse than feeling uncomfortable is feeling nothing. Flatlining.
Coincidentally, the things that make us most uncomfortable in life are also usually the most worth it.
From this experience I’ve learned a few things about how to keep going when you feel like giving up.

The majority of entrepreneurs fail not because they don’t have enough talent, skill, or good ideas. They fail because they stop too early.
Most bloggers burn out before they ever see the dramatic spike in traffic that they would need to build an audience.
It’s hard to go against the grain. To take your own path. And it’s even harder to continue down that path until it leads somewhere you want to go.
But there is a power in being deliberate. In making a decision to do something and committing to it completely. In seeing that path through no matter what.
Here are three ways to make it out of the woods:

1. Admit You Are Human

We often feel like quitting because we are afraid to fail. We want to go out on our own terms, so we compound our doubt with disappointment in ourselves.
This is a stupid strategy, and it only makes things worse.
The first step when you feel fear is acceptance. Accept that you have human emotions. It’s okay to feel things.
Instead of trying to push aside the pain, re-frame it. If you are feeling this way, it means that others are feeling it too. Some of them will quit. If you can keep going, you will be that much closer to doing what no one has done before.
Make a list of times that you felt discomfort and kept going. Use the list as a reminder that you have been here before. If it were easy, everyone would do it.
Which brings me to my next point…

We sometimes consider giving up because we’re not seeing external results quickly enough. We are impatient for instant gratification. The truth is, things that matter take time.
When you start to question your path, remember why you started down it in the first place.
Most people don’t have very compelling reasons. They are doing it for money, fame, or respect. These rewards are all extrinsic.  In other words, they are all external reasons for doing something and they can actually decrease motivation.
There are three main problems with focusing on extrinsic rewards:
When you begin focusing on intrinsic reasons (e.g. love of your craft, the ability to help people, personal growth and challenge), it is much easier to keep going. You don’t have to wait to get these rewards.
If you need help finding your “why”, download my True North Toolkit. It will help ground you in your strengths, passions, and the problems that you can solve for the world.

The third most common reason that we quit is overwhelm.
We look at how far ahead successful people are.  We look back at all the time and effort we’ve invested and worry that it could all be for nothing. We look at our massive to-do list and wonder how we will ever get it all done.
Stop.
Be where you are now. Be grateful for everything exactly the way that it is. Later, you will look back on the hard times and smile, knowing this was the good stuff.
Now, go back to the basics and take small, actionable steps.
Ask yourself: What could I do right now that would excite me and build forward momentum?
Then go.
The best path is usually not the path of least resistance. Take it anyway. 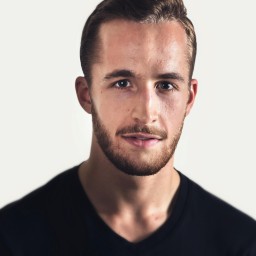 This is a guest post by Greg Faxon, a personal coach and writer at gregfaxon.com. Greg helps people live deliberately so that they can be happier, healthier, and more successful. Grab his free True North Toolkit and start walking a path that matters today.